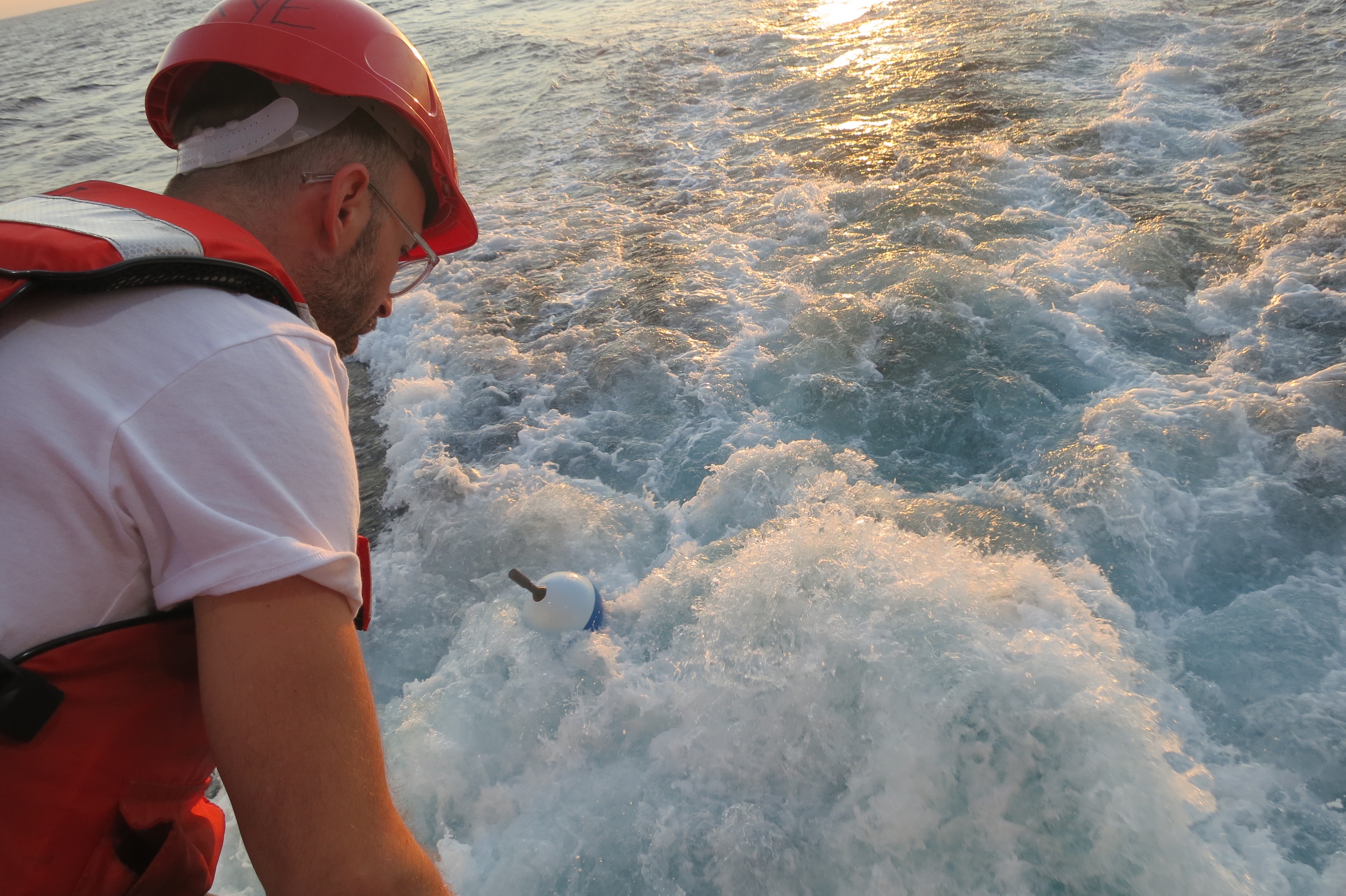 I lead this NSF-funded collaborative research project with Dr. J.M. Lilly now at Planetary Science Institute and Dr. R. Harcourt from the Applied Physics Laboratory of the University of Washington. The goal of this project is to better understand the dynamics of the ocean surface boundary layer through the first global study of the wind stress to ocean current transfer function. This is to be accomplished by analyzing in detail the response to wind forcing in the global array of surface drifters, which sample the ocean currents in the vicinity of their 15 m drogue depth. The global analysis is to be informed and tested by (i) a prototype study from the SPURS region, near a well-instrumented air-sea flux mooring, and (ii) analysis of synthetic data generated with a recently improved turbulence closure model that explicitly includes Langmuir turbulence. The hypotheses that wind, wave, and stratification state substantially modify near-surface mixing will be tested by examining dependencies of the transfer function on various environmental parameters, such as Langmuir number. Observed patterns will then be interpreted and scrutinized by deriving new theoretical approximations to the expected transfer functions characterizing different mixing processes. This project is officially closed but its related science questions are still very much an area of research for me. This project as generated two publications so far:

This paper is a revisit of some theoretical aspects of my PhD work, expanding and unifying previous studies including some of the material presented in Elipot and Gille (2009a).

I have produced with colleagues at AOML a new global surface drifter dataset at hourly resolution. This dataset is freely available through the Global Drifter Program Data Assembly Center hosted at NOAA/AOML in Miami, FL. The dataset is described in Elipot S., R. Lumpkin, R. C. Perez, J. M. Lilly, J. J. Early and A. M. Sykulski (2016), A global surface drifter dataset at hourly resolution, doi:10.1002/2016JC011716. The dataset is regularly updated as new drifter data become available and improvements in the methodology are being made. This project was partly supported by The Cooperative Institute for Marine and Atmospheric Studies (CIMAS).

The ACT project was a series of three expeditions to South Africa led by Prof. Lisa Beal. I joined the project after the field work, and focused on the analyses of the moored observation data generated by the project. I have contributed so far to three publications:

I worked at the UK National Oceanography Centre in Liverpool, UK, on mooring observations at several latitudes of the return and deep flow of the North Atlantic Meridional Overturning Circulation (AMOC). The general topic of my research was to understand the variability of the MOC on intra-annual to inter annual time scales. The name of this program funded by the UK NERC is RAPID WAVE from the Rapid Climate Change programme. I have contributed to four peer-reviewed publications for this project:

What is the polarization of ocean currents?

This question was the central theme of my postdoctoral research project which was first funded by a postdoctoral fellowship from the National Research Council of the US National Academies. I conducted this research at AOML under the advising of Dr. Rick Lumpkin. The second year of this project was funded by the Cooperative Institute for Marine and Atmospheric Studies of the University of Miami, Miami, Florida, USA. This project led to three publications:

This general theme was the underlying motivation of the PhD project at Scripps Institution of Oceanography at the University of California, San Diego. I was advised by Prof. Sarah Gille. This project led to two peer-reviewed publications in addition to my PhD thesis: